After making the mistake to watch Pan de Peace! on Crunchyroll, I figured I would never come across an anime as terrible ever again.  However, I have clicked on another four minute long mistake, Love Kome: We Love Rice.  Who knew it would only take four minutes to dislike an anime so much?  Personally, I agree to suffer through at least two or three episodes of a show before I deem it bad, but as soon as this show started I just knew it was going to be horrible.  Then again, any anime with the words Love and a food item in the title should have given me a sign.

Now don’t get me wrong, I have watched all ten episodes of this cringe-y anime, but I still haven’t found out what keeps me coming back.  Despite how much time I have devoted to this show, my opinion of it continues to be negative.  The show itself is rather boring and has an extremely cheesy plot, yet I keep coming back to watch it.  Could it be possible that it so bad that it is good?  According to MAL, this anime centered around a young boy’s obsession with rice deserves a score of 4.51 based on 1,099 users opinions on it.

The project anthropomorphizes rice (kome in Japanese) into schoolboys. At the Kokuritsu Inaho Academy (“Rice Ear Academy,” a wordplay on national schools), five new rice-inspired students attempt to supplant bread as the popular grain at the school. The new students form the “Love Rice” unit and challenge themselves to perform at the “Harvest Show” to show the delicious appeal of rice grains. The “heartwarming ‘kome’dy with laughs and passion” promises to let audiences rediscover the virtues of rice (“Japan’s soul food”).

Essentially, the whole point of the show is for the group of boys to perform a concert at the Harvest Festival in order to get more people to eat rice.  The show is kind of hard to understand.  I might just get lost because I do not know much about rice or growing crops in general, but does the average person really know that much about the topic?  I feel like the anime is trying way too hard to be funny.  Usually I am fine with a couple bad puns here and there, but every line?  I am unable to sympathize with the main character’s, whose name I have already forgotten, backstory since the show is not enjoyable.  Moving on, it is not just the rice/crop terms that I do not get, but also the Harvest Festival itself.  The goal of the group is to promote rice by spreading happiness about rice, or something along those lines, however, what are they doing to accomplish their goal?  Are they acting, or are they singing?  The short little scenes of the various groups performing different types of routines is quite confusing.  I plan on sticking with Love Rice until the end of the season, about two more episodes, to see how this anime ends.  So far I am unimpressed with this show, resulting in my rating of a 1 out of 5 stars.  The rating could potentially rise to a 2, maybe a 3 at most, if it somehow drastically improves in the next two episodes and clarifies my confusion, however, right now it seems unlikely.

What are your thoughts on Love Rice?  Is it just me who is lost, or are there others just as lost as I am? 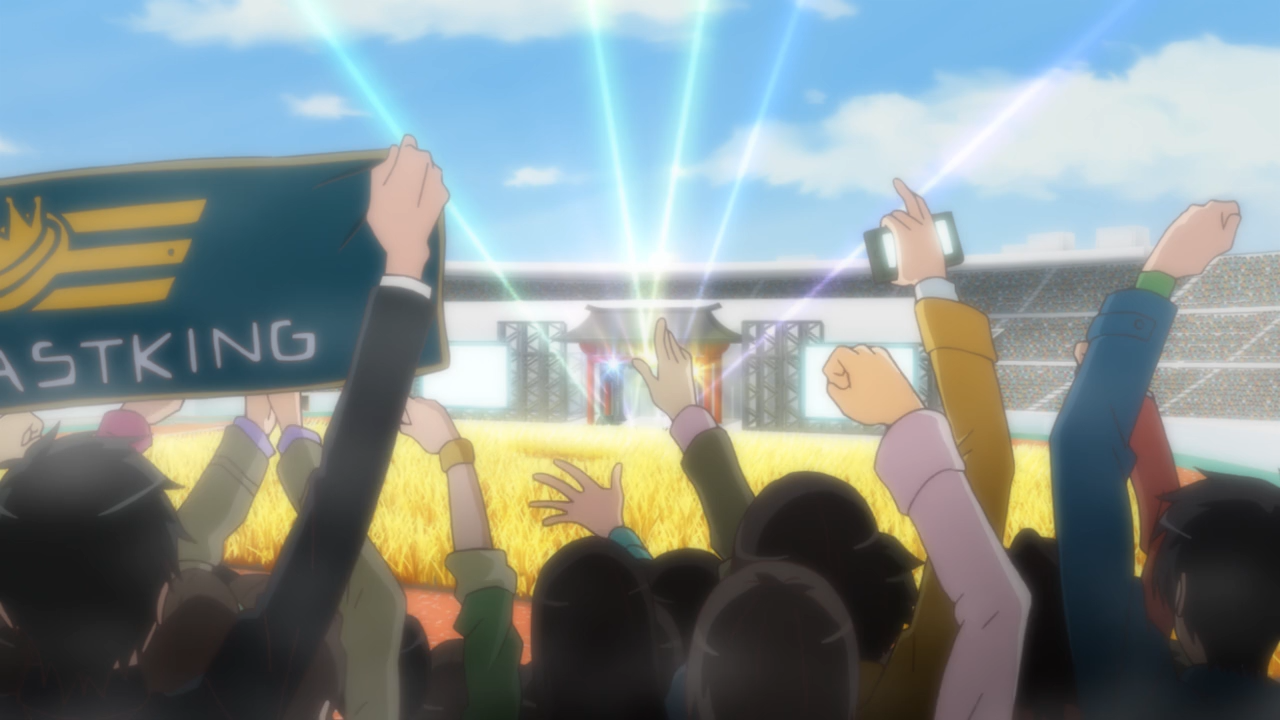 One thought on “Why Does This Anime Exist: Love Rice”